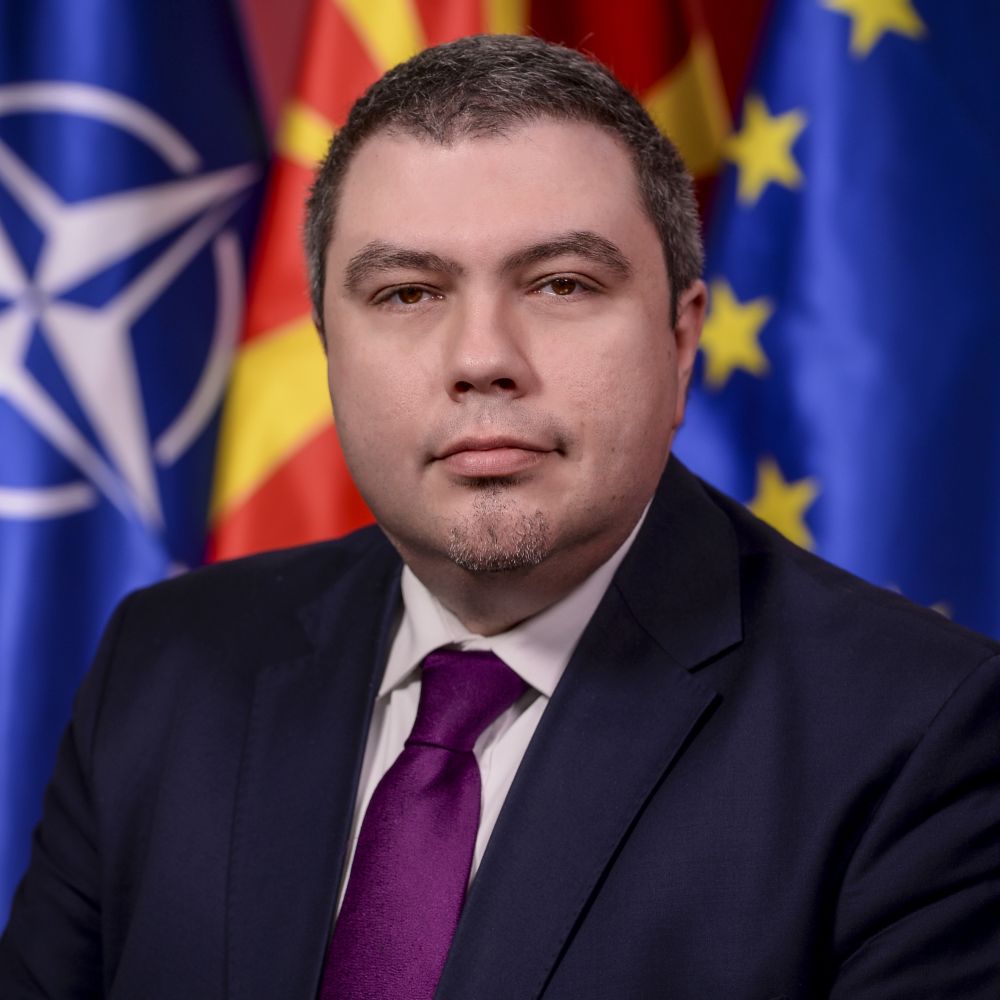 Biography:
Bojan Marichikj was born on January 7, 1983 in Skopje.
He graduated in 2006 at the Department of International Law at the &quot;Iustinianus Primus & Faculty of Law at the &quot;St. Cyril and Methodius” University in Skopje.
In 2009 he received a Master&#39;s degree in International and European Law from the University of Amsterdam, Kingdom of the Netherlands, with a full scholarship from the MTEK program of the Ministry of Foreign Affairs of the Kingdom of the Netherlands.
In 2011 he received a Master&#39;s degree in Modern European Studies from University College London, UK, with a full scholarship awarded by the Chevening Program of the Ministry of Foreign Affairs of the United Kingdom.
Marichikj started his professional career in 2006 as a demonstrator of EU Law at the & Iustinianus Primus & Faculty of Law in Skopje.
From February 2007 to August 2008 he was a project assistant on the project for approximation of the European legislation in the Sector for Legal and Personnel Affairs of the Ministry of Internal Affairs.
From September 2009 to September 2010 he worked as a project coordinator and analyst in the legal program, the program for public administration and the EU programs in the Open Society Foundation – Macedonia.
From September 2011 to November 2013 he was engaged as a senior researcher on legal and political issues at Eurothink – Center for European Strategies, a leading civil society organization for research, training and monitoring of North Macedonia accession to the EU.
Marichikj was a research assistant on the Fulbright Project of Professor Keith Brown of Brown University, USA from October 2012 to October 2013.
He has been the CEO of Eurothink from November 2013 to June 2017.
In the period June 2017 to January 2020, he was a special advisor for Euro-Atlantic integration of the Prime Minister of the Republic of North Macedonia.
Since July 2017 he has been the national Sherpa for the Berlin Process, and since July 2018 he has been the Deputy Chief Political Negotiator, Chief Technical Negotiator and Head of the Technical Negotiation Team for the Accession of the Republic of North Macedonia to the European Union.
Marichikj has been the National Coordinator for European Union integration, the Berlin Process and regional co-operation since January 2020.
Bojan Marichikj serves as a Minister of Justice in the second term of the Government led by the Prime Minister Zoran Zaev since August 30, 2020.
Since January 16 2022 has taken over the position of Deputy Prime Minister in charge of European Affairs.

He is the author of over 20 academic and analytical publications in the field of EU integration of North Macedonia and the Western Balkans into the EU.
Marichikj has many years of teaching experience in training, academic lectures on EU issues, public speaking, argumentation and debate, and formulating public policy and advocacy.
He has provided consulting services on project cycle, preparing project applications; change management, reforms, strategic planning, advocacy and lobbying and communication strategies of CSOs and public institutions.
Marichikj also has extensive experience in analysis and research for international organizations and domestic political and civic factors.

All sessions by Bojan Marichikj

A follow up of the Tirana Summit: The accession of the Balkans in the European Union